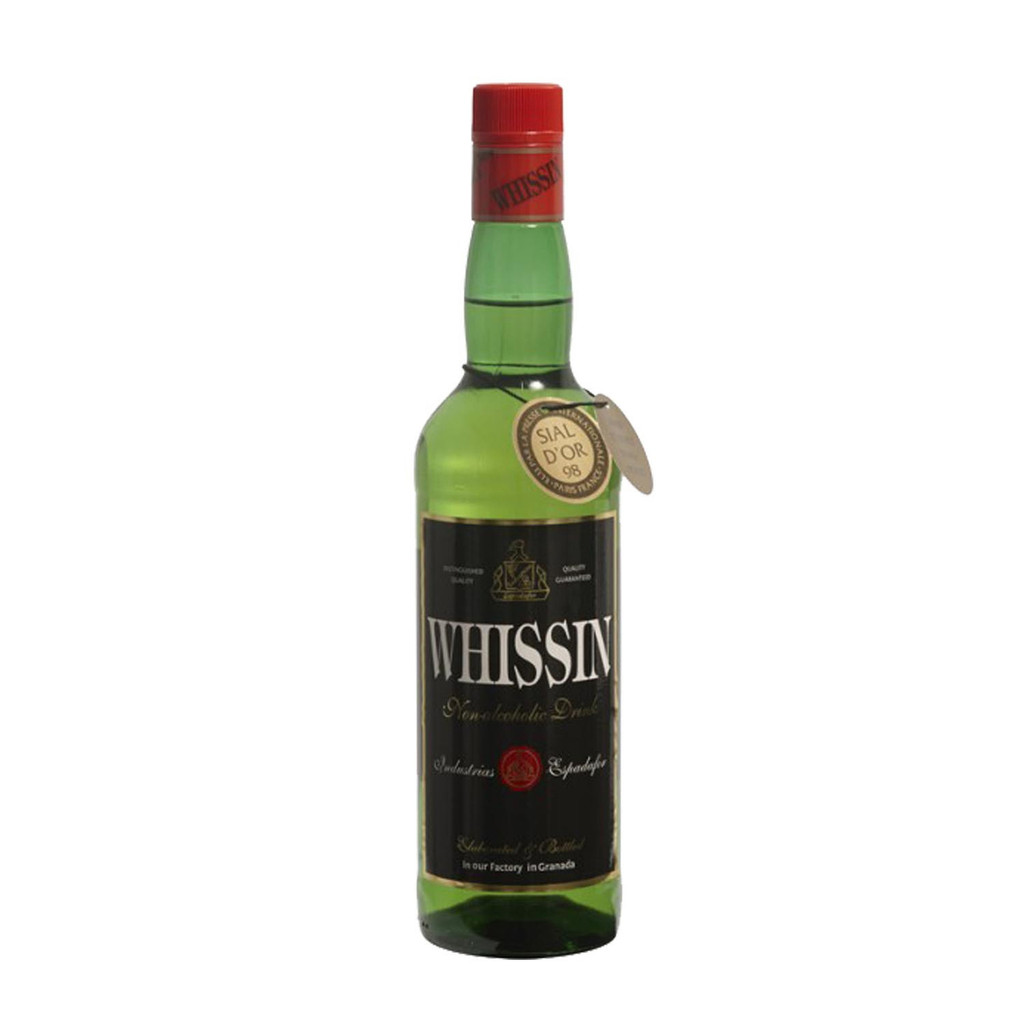 “Forward blend of barley, maize, and wheat with notable sweetness.”

WHISSIN is a non-alcoholic alternative to whisky created with a mixture of barley, maize, and wheat. Its sweetness is caused by the combination of ingredients with natural sugars that are normally processed during fermentation.

As for taste, to be frank, imitating the taste and sensation of a whisky, which contains 40% alcohol, is difficult. WHISSIN does, however, promise to offer a unique bouquet of flavors that is reminiscent of whisky. Drink this slightly sweet, Whisky alternative neat or with ice and mixers. For those craving the burning sensation associated with whisky, add a splash or two of Rochester Ginger.

We recommend WHISSIN be served over lots of ice and/or partnered with a mixer.

Created by Industrias Espadafor in Andalucia, Spain, WHISSIN is designed as an alternative to whisky. WHISSIN has never been fermented, making this 1998 winner of the SIAL D'OR award, the perfect addition to your alcohol-free collection.

This is a very smooth and tasteful drink. It is especially good over ice with a twist of lemon.

Found this beverage while on one of my quests. Been 25 years since I’ve had a drink and decided to search for “non alcoholic whiskey”. Low and behold, Whissin. I must say I truly enjoy it. Since then I have tried several others and non come even close. Has a great smooth flavor with tiny bite. Very smooth. I have read mixed reviews but I like it. It seems to have a nice effect mentally as well. Just seems to top off a meal. I would highly suggest this particular brand. Also a big thanks to the awesome and very helpful folks at Beclink!

While the first scent of this delightful (and ingenious) non-alcoholic whiskey alternative could have you believe that you&#039;re actually about to drink the real thing, the first sip reveals a fairly complex taste that is somewhat reminiscent of blended scotch, albeit lighter and less smoky, the secondary taste reveals a key ingredient: apple juice. Not too sweet, the apple notes make Whissin a great choice for mixing, and one of our winter favorites is topping off hot Earl Grey tea (or any tea, really) with a shot from this bottle. Tastes wonderful, and doesn&#039;t result in mid-day inebriation!